A Mile of Make-Believe: A History of the Eaton's Santa Claus Parade 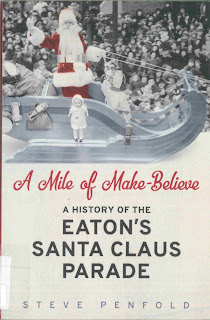 Find this book in the Mississauga Library System's on-line catalogue
Posted by Craig Rowland at 8:00 AM No comments: